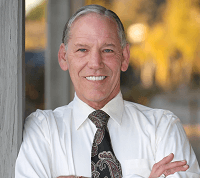 Select your state to find Buprenorphine Treatment Services and Addiction Rehab near you:

Buprenorphine is an opioid drug with partial agonist and antagonist actions. Buprenorphine hydrochloride was first marketed in the 1980s by Reckitt & Colman (now Reckitt Benckiser) as an analgesic, available generally as Buprenex in a 0.3 mg/ml injectable formulation in the United States.

In October 2002, the FDA additionally approved Suboxone and Subutex, buprenorphine's high-dose sublingual pill preparations for opioid addiction, and as such the drug is now also used for this purpose. It has been a Schedule III drug under the Convention on Psychotropic Substances [1] since it was rescheduled from Schedule V (the schedule with the lowest restrictions and penalties) just before FDA approval of Suboxone and Subutex. In the recent years, buprenorphine has been introduced in most European countries as transdermal formulation ("patch") for the treatment of chronic pain.

In the NIDA-supported comparison trial at the University of Vermont, adolescents who received buprenorphine attended more scheduled counseling sessions than peers who received clonidine and had higher rates of successful induction to a relapse prevention regimen of naltrexone.

"Heroin abuse among American teens has doubled over the past decade, and abuse of prescription opioids such as OxyContin and Vicodin have increased even more," says Dr. Marsch. "In light of those figures, it's important to have a scientific basis for selecting treatments for opioid-dependent teens. We know from previous research and clinical experience that buprenorphine and, to a lesser extent, clonidine are among the medications that have been shown to be effective for treating opioid-addicted adults, but we haven't known how helpful they can be for adolescents."

Adolescents addicted to opioids responded better to buprenorphine than clonidine in a clinical trial in which all patients also received behavioral therapy.